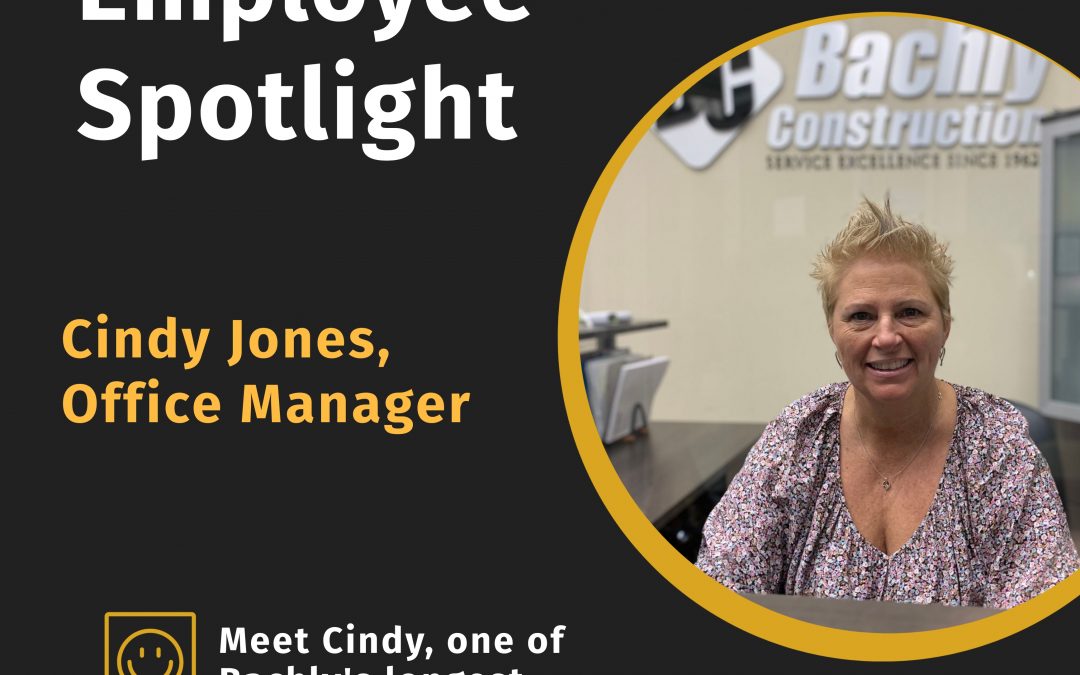 As we embark on our 60-year milestone, we want to turn our employee spotlight on Cindy Jones, one of our longest tenures of 40 years.

Cindy joined the Bachly team in 1982 working in a model home in Pottageville, Ontario, as “Girl Friday”. Though an outdated term, her responsibilities entailed general office duties such as answering phones, typing estimates and invoices (yes, this was done on a typewriter), and additional administrative duties. 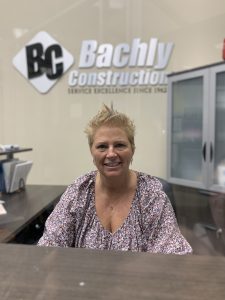 As Scott Bachly (CEO) and the team expanded operations into custom home building and commercial construction, Cindy was promoted to her current role, Office Manager. In addition to general office duties, Cindy began overseeing new personnel and took on more responsibilities with her newly appointed role. Though Cindy generally deals with our Insurance-Restoration division, she is involved across all three of our divisions. From vehicle management and online billing to company insurance, invoicing, and everything in between, Cindy’s everyday duties are always revolving.

Operating as a boutique company with over 100 employees, Cindy likes how our business operations feel personal and often radiates the “family feel”. One of her favorite parts about working with Bachly is taking pride in everything she does and loves how she is continuously challenged. Bachly is a huge part of Cindy’s life, and she likes that she has met many people and has grown lasting friendships.